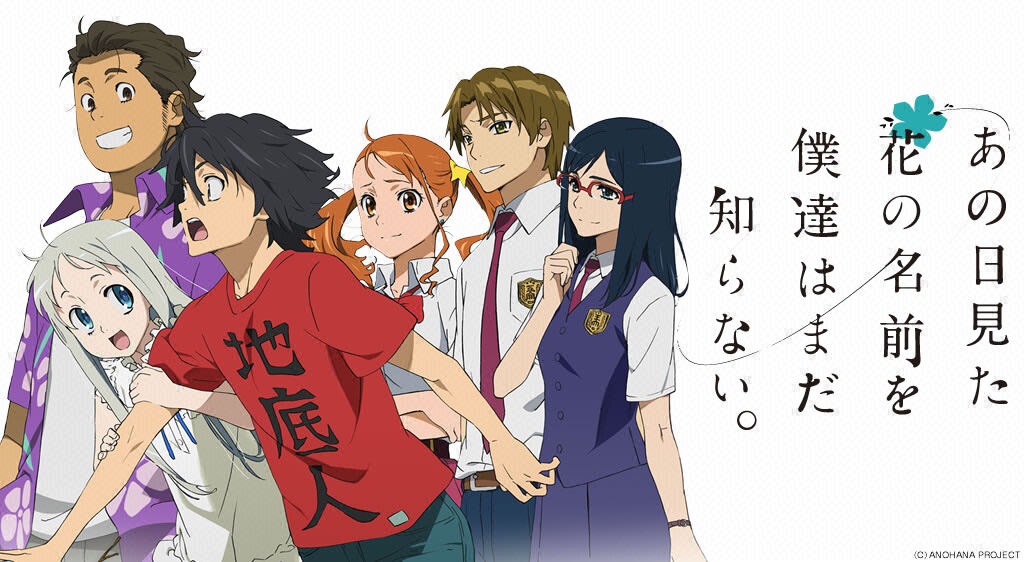 Anohana: The Flower we saw that Day is a work of art to many, with its heart tearing story and lovable characters, it’s reknown as one of few Anime that will emotionally drive you to cry.

The Anime had a Movie adaptation in 2013, the anime had its Debut in 2011, but finally the dub is coming to Crunchyroll. An announcement tweet by the official Crunchyroll Twitter Account . The Anime also on Netflix and Crunchyroll, giving you two ways to steam the fantastic series.

Anohana is a heart wrenching anime that will fill your heart with such tear jerking emotion to the voice actors, a great recommendation to watch the Japanese Sub and English Dub