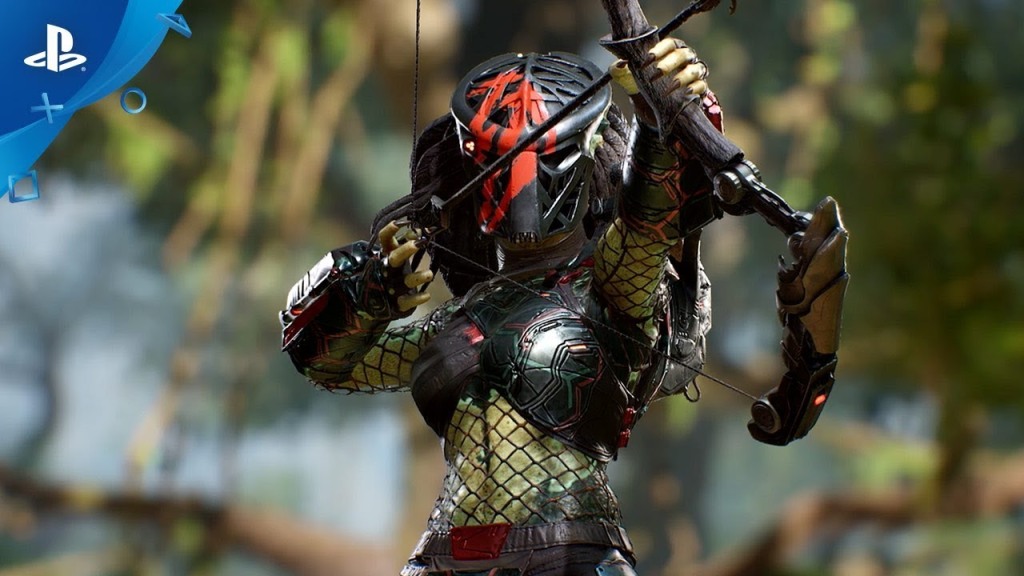 The PlayStation Blog announcement also went into more depth about the game, including the new female Predator.

One of the secrets we have been keeping since announcing Predator: Hunting Grounds has been the inclusion of the female Predator.

When we first came up with what this game would be, I knew we had to create a world where this ultimate female warrior would exist too. We had fun imagining her back-story which helped us create a fierce warrior that any gamer will have fun playing. She is agile, fast, and relentless. She is a huntress without fear and she thrives in the hunt. In the trailer we see her with a weapon that IllFonic created, the Yautja Bow.

This is no ordinary bow, it deals massive damage to its prey and will pin the enemy to walls and other structures at death. She has access to the entire Predator arsenal as well.

Other high-tech Predator weapons were also detailed, including the Smart Disc and Combistick from the films. Three classes of Predator were also detailed. “Play as a ‘Hunter’ the balanced killer, the agile ‘Scout’ that can quickly stalk their prey, or the brutal ‘Berserker’ that is strong and able to take massive damage.”