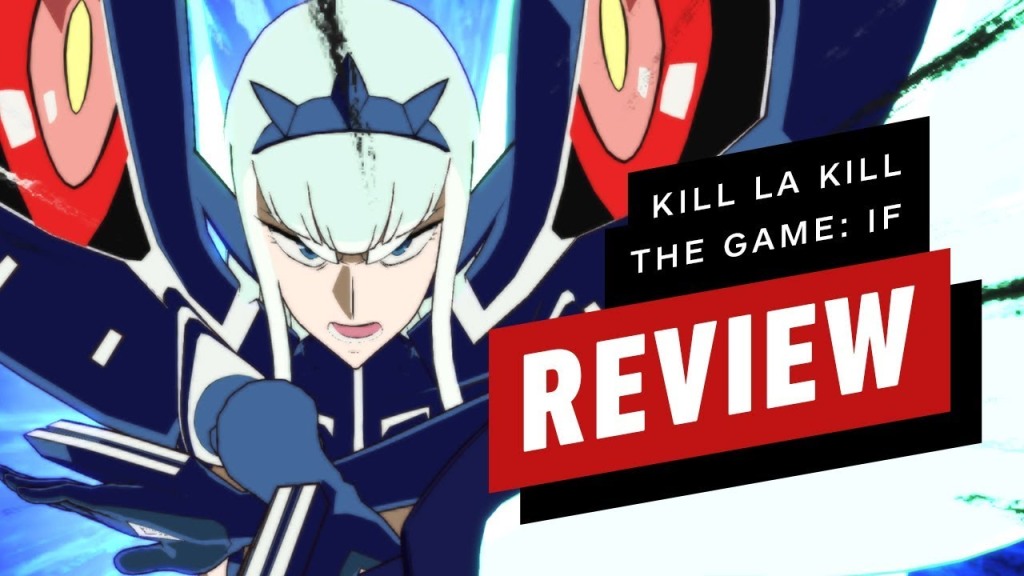 *clicks heel on the ground hard*  TIGHT LEVEL DESIGN GRANTS CLARITY. GRAPHICS DO NOT MAKE THE GAME. GREAT CONTROLS ARE KEY. THESE ARE THE FACTS OF GAME DESIGN, AND YOU WILL LIVE BY THEM. YOU PIGS IN HUMAN CLOTHING.

Satsuki references aside, Kill la Kill IF proves to have insanely fun and great gameplay, yet lacking in content, especially for a $60 game. While the graphics animation are topnotch (albeit very clunky when immersing you in the 2D style during cutscenes), the sound design is great and the voice acting is as fantastic as ever, the game still feels lacking with an easy and short campaign, few single player modes and a very small roster of 12 characters (2 of them being alt versions of Ryuko and Satsuki). The main spectacle, however, is the fighting mechanics, writing and how well it fits into the anime. All three of these are incredible. So if you’re a major Kill la Kill fan, I highly recommend this. If not? I’d say get this game out once if it’s on sale. Before going into detail, I did want to say that I will be spoiling the anime but not the game in the last paragraph. I want to cover the basics here to spark your interest but I highly recommend watching the anime before buying this game.

The first thing to discuss is the Gameplay. It’s the most important part of a game (gee I wonder why) and it should be discussed first hand. It’s pretty damn great for a 3D fighting game. It’s honestly barely comparable when it comes to other fighting games or even 3D fighting games, it’s quite unique. The largest problem is its lack of fighters. While each one is unique in their own right, they can really just be summed up as Range, Melee or a mix of both. Fortunately the balance is great so range characters don’t just instantly win every time. You can get in on a range character and render them completely useless. There’s also a neat Rock Paper Scissors mechanic, similar to that charge-like mechanic in the Injustice games. Except this time, depending on what the initiator picks and whether it’s countered, you can get different benefits from it. As far as controls are concerned, it’s very much a “pickup and play” type of game; it’s enjoyable to watch but it’s so much more fun when you get your hands on it. They’re first a bit floaty, but you end up getting used to it. Ultimately the controls are fine and you do have the option to edit any inputs, have custom presets, etc. The gameplay, while it’s lacking in content, still has great core mechanics and a good rule engine. Hopefully the DLC isn’t batshit crazy expensive like some of the Blazblue games where they have like, 12 characters and getting another 10 is around 30 bucks.

The next thing to talk about is the Graphics and Artstyle… need I say anything? It’s fucking amazing. The cutscenes are a tad bit choppy with the animation, it’s the same with DBFZ so I don’t mind too much, it’s so gorgeous and smooth in the gameplay. The new soundtrack isn’t nearly as good as the anime counterpart IMO, but it’s still good. That’s all I can say. It’s fucking great and unique.

The last thing to cover is the Story. I won’t spoil the story itself, but to get into it there’s a lot to spoil in the original anime, which if you haven’t seen it, again, I HIGHLY recommend it. It’s themes, animation, writing, voice talent, aesthetics and soundtrack are absolutely fucking great and it’s honestly one of the best anime shows out there. That’s why I held this off for last. Essentially, the story is about if Satsuki Kiryuin becoming the main protagonist instead of Ryuko; she unlocks Junketsu’s final form instead of Ryuko unlocking Senketsu’s final form. And it also instead of the life fiber core turning into a spaceship, it turns into a giant baby. Not sure what the writer was taking but it’s still fun as hell to play through, albeit it was quite short, and the entire thing ends up being a dream anyways. It’s a trope I’ve always hated because it renders whatever happened before as pretty useless (unless it serves the theme or what the character is stressing). Regardless, it was great spending a lot of time looking at Nonon and Ryuko naked for the majority of the ending. So while I finished it all in one setting, it was still a blast.

Overall, Kill la Kill is great for what it is, but it seems still lacking in content for a $60 game. The controls are floaty at first but, once you get used to them, are pretty great to get the hang of. The rock paper scissors mechanic is a nice touch but it’s not too useful unless it’s for very specific situations. It seems pretty balanced as far as ranged vs. melee characters. The graphics and artstyle make the game so much more enjoyable with the 2D Anime approach to the animation and models. And the Story itself is very fun to play thru, albeit quite short. Overall I give it a 7/10 so far. Worth picking up on sale!